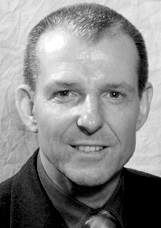 The author of this book, Hans-Peter Marquardt, died after a long and serious illness on November 14th, 2011. This book was his last major project. He worked on it with great passion until the very end.

This book, “The Name Jehovah at the Time of the European Reformation”, is based on a translation of the German book “Der Name Gottes auf Münzen, Talern und Medaillen” published by the author in December 2004. Since that book particularly dealt with the German-speaking countries of Europe, the last five years have been used for further enquiries in other European countries. As a result, a whole host of material came to light and the significance of each country in this field of research had to be completely rearranged.

This work now covers each country according to its significance, and a chapter about Poland with its free Hanseatic city of Gdansk has been added. The reader can look forward now to finding more than twice as many coins and medals bearing the name of God in this book.

It is neither a political nor a religious book. No opinion on religious questions or doctrines is expressed, even though the life of the people at that time dealt with was religious through and through. At that time different doctrines had been crashing hard against each other, what led to the fact that the name of God, JEHOVAH, got involved in the arguments. Nevertheless this book does not take a position on religious questions or doctrines. It describes tendencies regarding those fields only inasmuch as they are useful background information in order to understand the stories of the individual coins and medals and their legends.

Jehovahthaler and Jehovah medals (Thaler and medals bearing the name of God, Jehovah) have been hardly described in numismatics so far. But without good reason as this book proves: one of the most dynamic epochs which Europe has experienced so far is reflected on this coinage issued since the sixteenth century in Central Europe – the Reformation.

The author, who has been active in numismatic research for twenty-five years, takes his readers on an exciting as well as instructive voyage of discovery to the fascinating world of coins, Thaler and medals of the sixteenth, seventeenth and eighteenth centuries that helped to change the religious landscape of Europe for years to come and to form it into its present shape.

Because of the large number of letters from readers of the first “German book” in which they asked to show other pieces of evidence, apart from coins, which document the spreading of the name of God in those days, the author decided to respond to this request. In this book he shows churches, half-timbered houses, museums, city halls and many other objects depicting the name of God. This is emphasized by the subtitle of the book “Depicted on Coins and Medals, Buildings and Other Objects”.